From Past to Present

Just 17 km from the centre of Athens, the Regency Casino Mont Parnes seems to belong in an entirely different world.

Overlooking the city from its perch on Mt Parnitha, at the heart of the National Park in Athens, it holds promise of an escape unlike any other. It was the first casino in Greece and has been a pole of attraction since it first opened its doors.

The Athens Casino offers visitors state-of-the-art slot machines and traditional table games, such as American roulette, blackjack and poker. With the large number of games available in Greece, the Regency Casino Mont Parnes could be described as the ultimate entertainment destination.

If you prefer a more discreet atmosphere, the recently renovated Club Regency exudes a sense of luxury with a strong Anglo-Saxon influence in its interior design. It caters to even the most exacting, high-performing players. 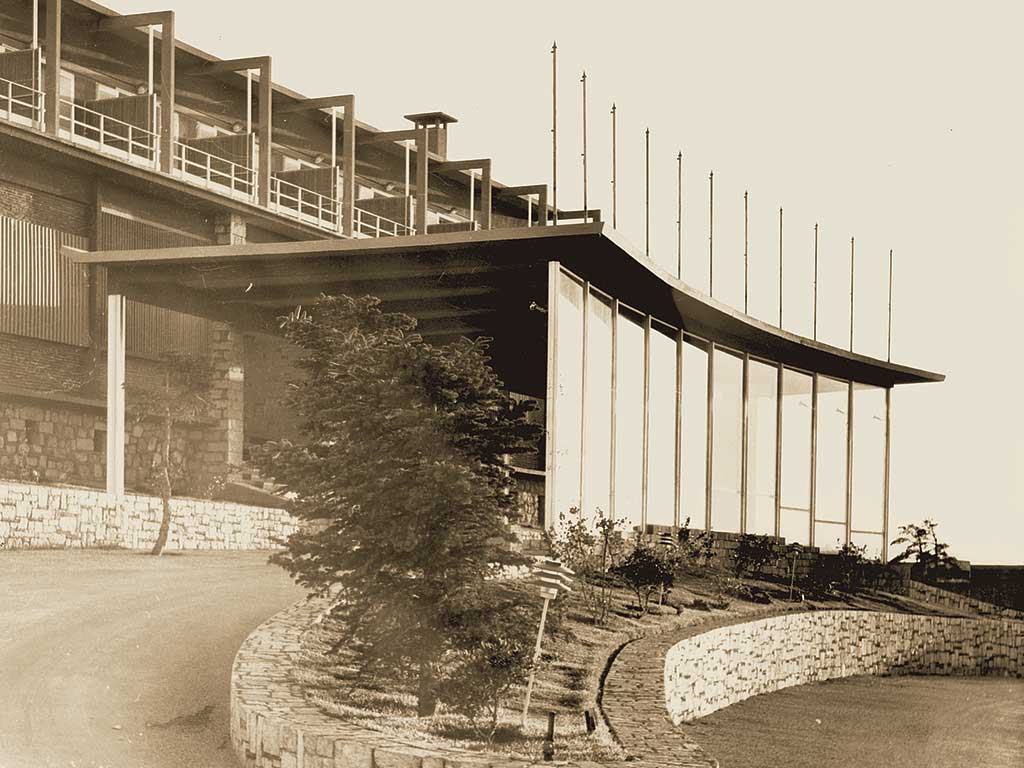 In June 1961, Athenians converged on beautiful Mt Parnitha, at an altitude of 1,055 metres, to get a first-hand look at one of the most fascinating buildings of that time. The Hotel Mont Parnes had just opened its doors, marking the beginning of a glorious though not always smooth course. The unmatched view of the city, the hotel's unique architectural design and cosmopolitan atmosphere captivated both Greek and foreign visitors from the very start.

The hotel began to operate under the aegis of the Greek National Tourism Organisation, but its limited success led to changes in management throughout the 1960s.

The situation changed in 1971, when the Cypriot entrepreneur, Frixos Dimitriou, created a casino to operate alongside the hotel. The 1970s were the “golden age” for Mont Parnes, with the glamour of the casino drawing famous visitors from the business and art world on a daily basis. Athenians were introduced to a new form of entertainment and amusement.

The Mont Parnes casino building is a typical example of post-war architecture with considerable cultural value. It was designed by famous architect Pavlos Mylonas, while the interior was decorated with priceless works of art by important artists such as Yannis Moralis, Yannis Tsarouchis, Spyros Vasileiou and Panayiotis Tetsis. Most distinctive amongst them is Synthesis (1961) by Yannis Moralis, which hangs in the casino’s new reception area. The corridors and main areas of the casino feature 34 paintings by notable artist Spyros Vasileiou, 5 by Yannis Hainis and 4 by Nikos Nikolaou, while elsewhere visitors can view 5 examples of collage by artist and academician Panayiotis Tetsis and 2 lithographs by Vaso Katraki.

Regulating Authority: HGC. www.gamingcommission.gov.gr
Help Line KETHEA-ALPHA: 210-9215776. To be admitted you must be at least 21 years of age. Frequent participation in gambling exposes participants to the risk of addiction and loss of property. Play Responsibly!